Spoiled by Wet N Wild Nail Polish Swatches in ARE MERMAIDS REAL? and SHRIMP ON THE BARBIE

Well it’s that time again. Time for more Spoiled Nail Polish Swatches! I figured I better get posting on these if I’m going to want to have that full-collection-finale post anytime soon. 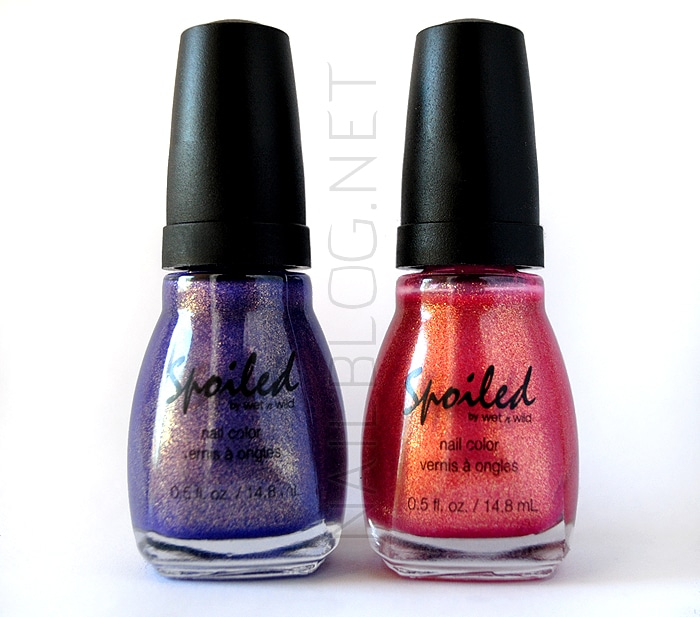 Are Mermaids Real? & Shrimp On TheBarbie 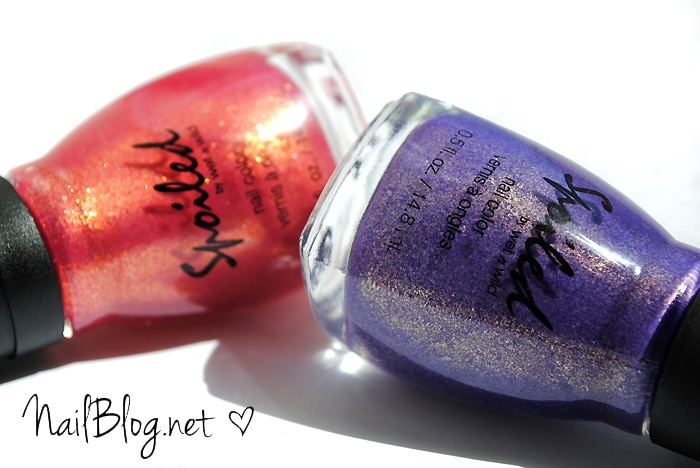 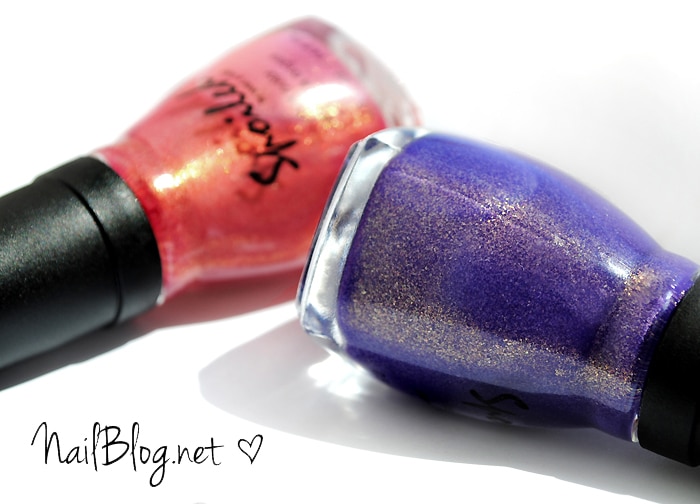 In this post I have plenty of swatches of two nail polishes from the Spoiled line.

READ AND SEE MORE AFTER THE JUMP!!

“Are Mermaids Real?” is a gold glass flecked royal purple (think joker or the riddler) jelly lacquer. (You can also think the Welch’s label as I discovered with glee)

These are sheer, but not as sheer as I expected. Despite the following picture, I only need two coats of “Mermaids” to reach an opacity I approved of. All swatches are of three coats, however, for good measure.

(ps. the red on my ring finger is a bizarre nail polish stain whose departure I’m anxiously awaiting)

“Shrimp On The Barbie”

“Shrimp On The Barbie” is a gold glass flecked coral-pink jelly.

This one seemed to be sheerer than the other on me and it wasn’t until 3 coats did it reach opacity. All swatches are of 4 coats as at 3 coats I could still see slight VNL (visible nail line) when on the hunt for it.

This one surprised me a bit. I had seen a few swatches online and wasn’t very impressed. Before picking it up, I had an image in my head of it as this sheer, iridescent, hot pink, one-note-”girly” color without any oomph. Oh no, oh no. It’s so much better than that.

Here is a shot to show the base color, and the fleck:

Since these gold glass flecks are flakie like, this polis *can* take on a slight gradient effect depending on the light. I saw some shifting from red, to magenta, to orange, to coral, to pink.

Note: this IS NOT a duo-chrome and these effects are not only slight but purely from the coral’s interaction with the gold.

Yes, they are the usual mops. I highly doubt Spoiled will change the brushes on the next production run, however it’s a pretty large difference from your usual nail polish brush so it has to be mentioned again. I haven’t had much problem applying these, the mop usually just results in needing to take a bit more care in application.

The dry-time could be better, not atrocious but not great. Something I found interesting on both of these was their removal. These two in particular were a pain. Not as bad as glitter, but close. It appeared as though the flecks acted like mini-glitter-glue, bonding the color together while preventing the absorption of the remover. All resulting in needing to really scrub at it to get it off.

While some of these pictures may look like these lacquers end up textured, it is simply the little flecks presenting their fleckie illusion. They dry as smooth as glass!

For fun:(harder than it looks)

I think both of these are gorgeous and the gold flash really lights up like fires ever-present. Swoon.