I’m so excited to show you these awesome polishes from OPI inspired by the movie Oz the Great and Powerful! 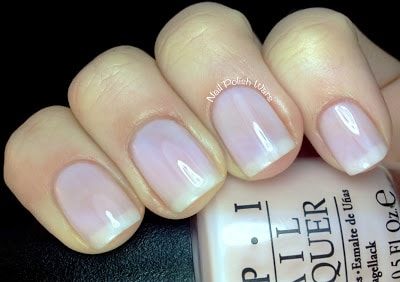 Don’t Burst my Bubble is a sheer white creme. The formula was easy to apply, but does take a bit of finesse since it’s a sheer.
Shown is three coats of Don’t Burst My Bubble. 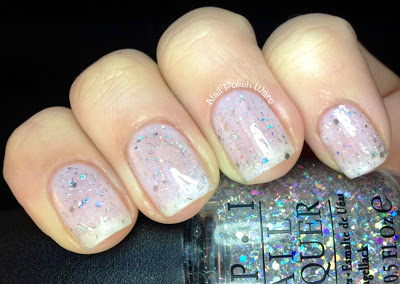 Is this silver glitter with iridescent sparkle or the other way around?

Which is Witch is a clear coat loaded with silver holographic hexes, fibers, and micro glitters. The formula was smooth and easy to apply. I really didn’t think this one would wow me when I first saw it, but I absolutely adore it! It’s so delicate that it seems like you have twinkling lights on your nails!
Shown is one coat of Which is Witch? over Don’t Burst My Bubble. 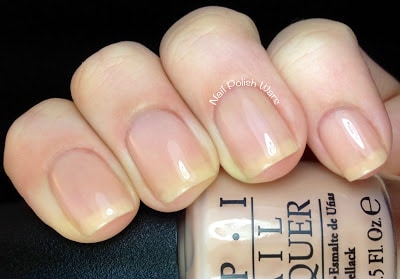 Only a good witch could turn beige from meek to chic. 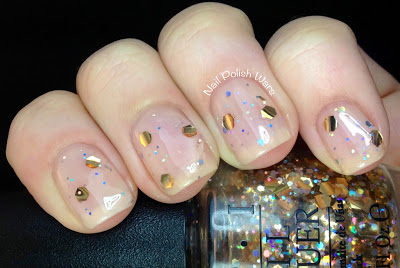 When Monkeys Fly! is a clear coat with large gold hexes and silver holographic mini and micro hexes. The formula was smooth, but the glitters were rather reluctant to come out of the bottle. As you may notice, the large gold glitters have taco-ed slightly. This has been addressed by OPI on their Facebook page here. 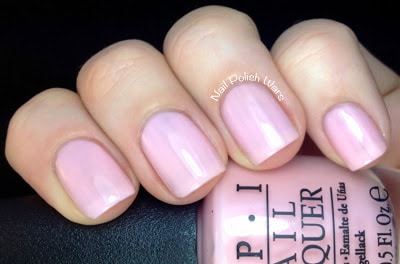 This adorable, sheer pink is bewitching on you.

I Theodora You is a sheer pale pink creme. The formula was smooth and easy to apply.
Shown is three coats of I Theodora You. 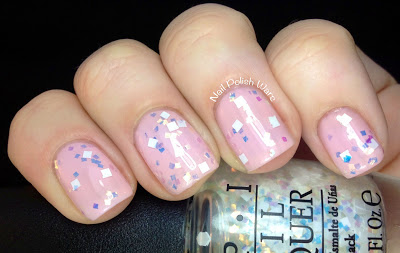 What Wizardry is This? 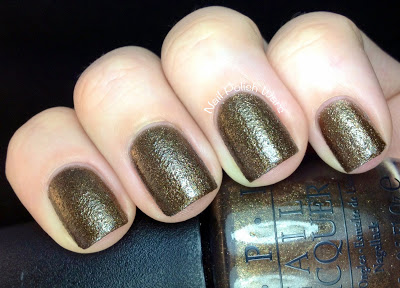 I also wanted to show you What Wizardry is This? with a top coat. I was very surprised to see that, after applying my top coat, some shimmering hints of deep emerald emerged.

Overall, I’m pretty pleased with this collection. But I was really hoping to see some much bolder shades, as opposed to these pale nudes … because is there’s one thing Oz isn’t, it’s pale.