I have some Kleancolor spam for you today! 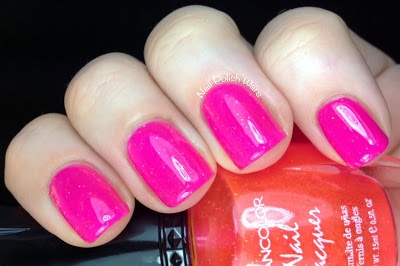 Chunky Holo Candy is a bright pink jelly with micro shifting glitters. I have a couple of personal issues with it. The glitter is tiny, certainly not chunky, and it’s definitely not a holo, as the glitters shift from yellow to orange to lime. That being said, it is basically impossible to achieve an opaque finish with this on it’s own. However, the glitters became very nearly invisible after application, especially outside, oddly enough. The formula was easy to apply, but has one of the worst and strongest smells of any polish I’ve ever come across.
Shown is two coats of Chunky Holo Candy over Color Club All That Razz. 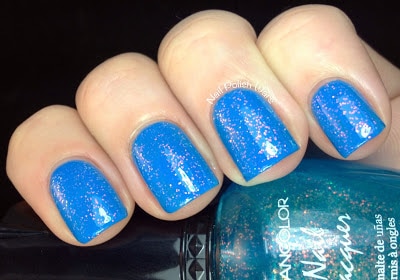 Chunky Holo Teal is a bright teal jelly with shifting glitters. Again, not chunky, and not a holo. The formula was smooth and easy to apply. The glitter, luckily, was much easier to see and the color shift is gorgeous! Unfortunately, this too has a horrible smell to it.
Shown is two coats of Chunky Holo Teal over Nicole by OPI I Sea You and Raise You. 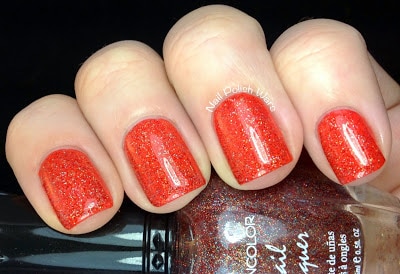 Salsa Much is a clear coat loaded with red, blue, gold, and silver micro glitters. The formula was smooth and easy to apply. It does have the same awful smell though. (Notice a pattern forming yet?)
Shown is one coat of Salsa Much over OPI My Paprika is Hotter Than Yours. 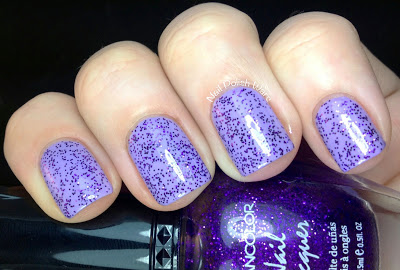 Sparkle Purple is a clear coat loaded with medium and dark purple micro glitters. The formula was smooth and easy to apply. (And yes, the horrid smell again.)
Show is one coat of Sparkle Purple over OPI You’re Such a Budapest. 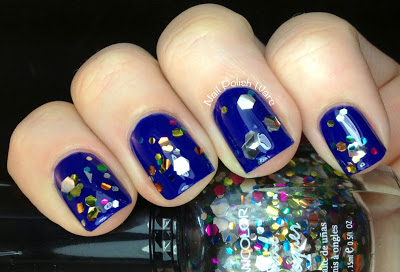 Afternoon Picnic is a tinted blue clear coat loaded with large silver hexes, and medium multicolored hexes. The formula was relatively easy to apply, but a good bit of glitter fishing was involved. (And yep, you guessed it … a smell that can take paint off the walls.)
Shown is one coat of Afternoon Picnic over OPI … Eurso Euro. 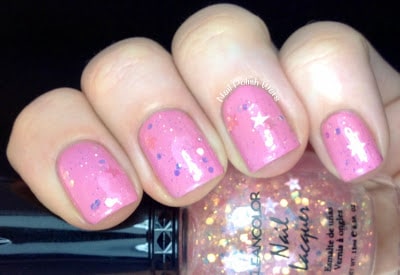 Aurora is a slightly tinted pink clear coat with pink satin stars and iridescent hexes and micro glitters. The formula was smooth and easy to apply, but I did have to fish for the stars. I really liked the iridescent glitters a lot! (Yes, wicked bad smell as well.)

Shown is one coat of Aurora over China Glaze Pink-ie Promise.

I had a lot of fun playing with these Kleancolor polishes, though the smell is truly terrible.