Review: Pocket Money Polishes – I Put A Spell On You

Today I have for you a bottle from the collection called I Put A Spell On You. All of Charlie’s polishes are named after songs which is such a novel idea!

I Put A Spell On You is described as ‘Green stars, purple hearts with orange matte squares and a shifting rainbow’, and it looks like the coolest, most haunting polish ever! it has Halloween written all over it. 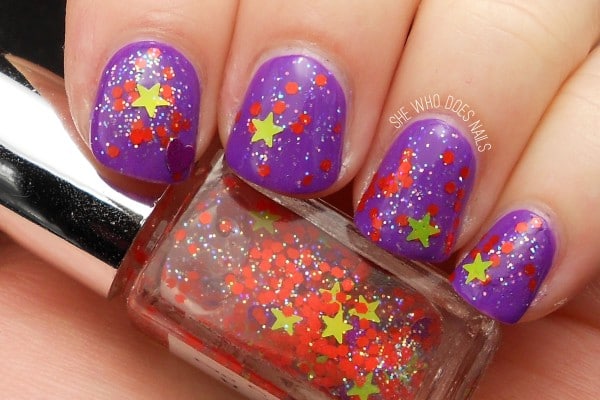 Pocket Money Polishes – I Put A Spell On You

The application was very even for the orange glitter bits and the holo flecks, but again the stars required a bit of fishing which I actually quite like as you get to put them exactly where you want them!

This is definitely my favourite purple polish in the collection as I have never seen anything like it! It looks so cool. In the photos I have layered it over LA Colors Fun In The Sun which is an amazing shade of purple in itself, and it compliments the colours of the glitter so so well.

You can buy I Put A Spell On You from Charlie’s online shop for only £4 for a 5ml bottle. But if you put the code ‘Laura10′ in the comment box on your order, you can receive an extra 10% off your order! They’re limited edition, so grab one while they’re still available! 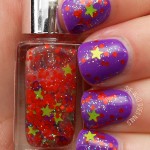 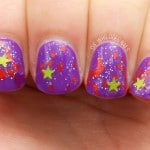 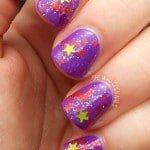 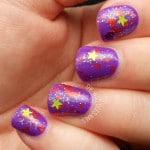