A while ago I recieved an email from Chemist Direct, asking if I would interested in trying out and reviewing two OPI polishes for them! Of course, I glad to accept as I haven’t tried many OPIs before other than Nail Envy. This afternoon I want to show you one of the two polishes they sent to me!

OPI Liquid Sand Can’t Let Go is a polish from their Mariah Carey collection. I don’t have many textured polishes either so it was an interesting experiment! 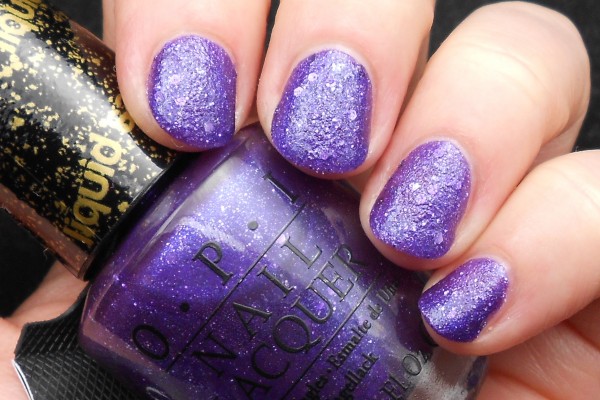 Can’t Let Go is a rich, bright purple polish with a sand-like finish, full of chunky and little glitter flecks. It’s a bit rough to the touch, but really not in an annoying way. I ended up spending more time stroking my thumb nails when wearing this than usual!

Also, the texture really magnifies the sparkle in this polish. It is absolutely packed full of glitter, and the uneven, non-glossy finish makes it pop even more! I really wish my camera could do this polish justice!

These photos show three coats of the polish as it does paint on quite thinly, but builds up well and doesn’t drag like some chunky polishes do.

I decided to try painting a topcoat over it anyway and it took two coats to get it smooth and glossy. To be honest though, I much prefer the glittered effect of the polish on it’s own! 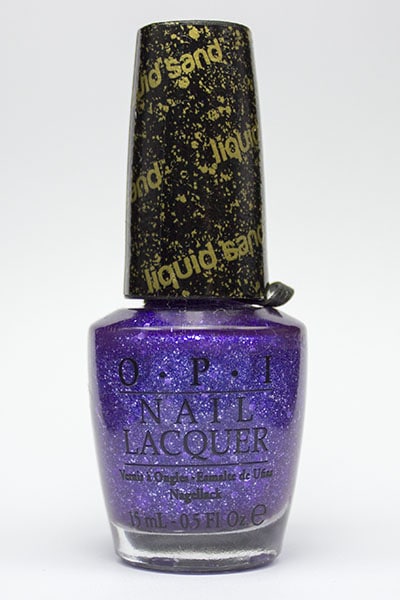