It’s finally here. My long awaited Piccadilly Arcade post. Several weeks ago I as visiting my family and my sister showed me a new polish she had gotten. THIS ONE. I wanted it. I NEEDED IT. Green is my absolute favourite colour, especially this ‘Wicked’ green (for anyone who has seen the musical). After much persuading a begging, my sister refused to give me this polish. Rightly so I guess, it is about £11 a bottle. 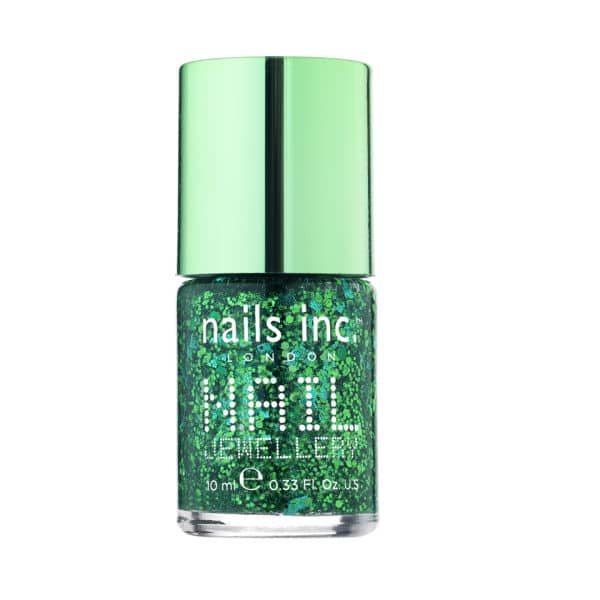 Fast forward a few days. My boyfriend and I had arranged to meet for dinner after work in Pizza Express, and while we were waiting for our meals he presented me with this! Words cannot describe how excited I was. 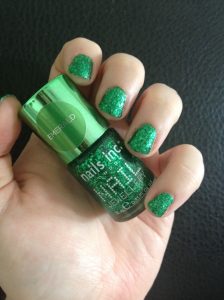 I’ve only just had the chance to try out this baby out and I must say it really was quite difficult to apply. I decided not to give it another colour as a base coat, but just to apply it on its own. If you didn’t have enough polish on your brush you ended up with a nail of clear polish with a few specks on green glitter, but if you really fill up the brush, then you get the glitter effect much quicker. I also found it quite tricky to get the right amount of glitter on the tips of my nails and around my cuticle.

The polish is actually really quick drying, but as it was quite rough to touch due to all the glitter, it needed a generous top coat. The colour though is really magnificent. The green is everything I had hoped it would be. The glitter was so bright and sparkly and it worked so well as a polish on its own, but I think it would work just as well as glittery topcoat.

For this manicure I used: