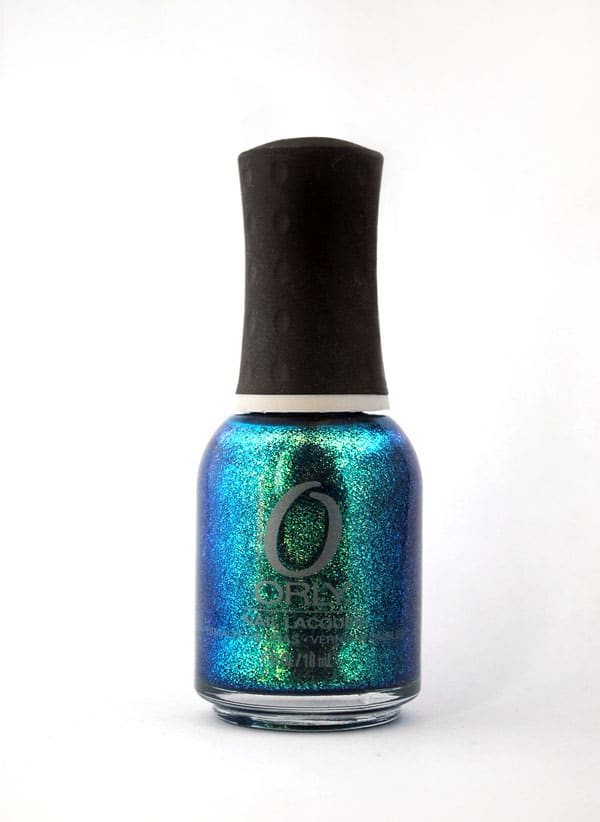 It is a turquoise/aqua/gold/emerald/indigo duo-chrome foil micro-glitter (you read all of that right) nail polish that features a ridiculously delicious sounding soup of ingredients: natural rock minerals, crystals, and glass.

These polishes blind even the brightest of foils. Multidimensional and very sparkly these lacquers (despite finding some to fall flat) flash multiple colors, sometimes even at once. How is this possible? Science man. That’s why it’s called the cosmic collection.

I found Halley’s Comet to look as if it combined blue jelly, emerald sparkle, gold and turquoise glass (not to mention the indigo flash that would pop it’s head in).

Just check out those particles, man!

Ready for swatches? This beauty is a little hard to capture but let’s try it…

Two coats is totally satisfactory but I consider three to be the minimum to reach this polish’s full potential.

Cleanup can be disastrous: Halley’s Comet in particular will stain everything that so much as looks at it. Fortunately, these stains are the easy to remove variety.

As far as dupes? I’ve heard Zoya “Charla”, Essence “Choose Me”, and OPI “Catch Me In Your Net” are dead ringers.

There are also even further dupes out there that aren’t dead ringers such as Wet&Wild “Teal of Fortune” (which is same in color but not nearly as dimensional with less particles and an overall “cheaper” look) plus Jesse’s Girl “Glee” (which is oh-so-slightly darker).

April/2012 Update: I have a comparison to the new Wet & Wild Spoiled Line HERE (link will open in new window) 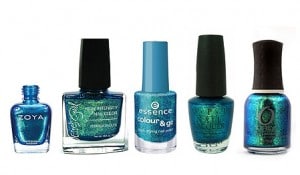