So if you’re a follower of Models Own on Facebook (and you should be) you might have seen the announcement they made yesterday about their new Wonderland polishes! Well today I managed to pop into Boots and as disappointed as I was to find out that they didn’t have the whole collection in stock, I still managed to pick up three of them and thought I would swatch them for you

Northern Lights is described as “a fine holographic multi-tonal glitter in a pink finish” and that is certainly a good description, although I really don’t think that the picture that Models Own has released is very accurate to true life. It took three coats to get full coverage of the glitter and it has a really lovely pick tinge to it that it just so beautiful which the bling of the holographic glitter. 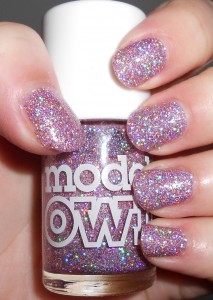 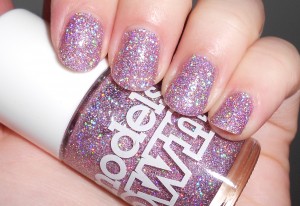 Southern Lights is described as “an opaque holographic multi-tonal glitter in a lilac finish” and is a really gorgeous polish. It’s almost a bluey-lilac in closer and has a subtle holographic-ness to it that isn’t as intense as in Northern Lights. Again, this took three coats to get full coverage but I think it would look pretty and snowy as one coat over white. 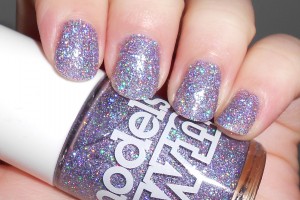 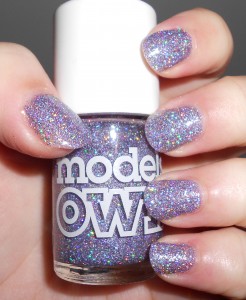 Finally we have Blizzard. Blizzard is described as “a dense mix of hand cut glitters to give a silver day-night sparkle” and I LOVE THIS POLISH. In the bottle, I wasn’t really very enamoured by it, but once I had layered it over a coat of black polish it looked like I was wearing diamonds on my nails! It’s quite amazing how this glitter sparkles different colours under different lights and it’s so chunky and lovely it is perfect! 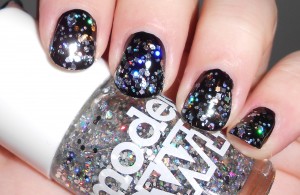 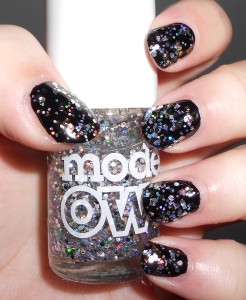 I absolutely love everything about this collection. Give me some glitter and a bit of holographic sparkle and I’m sold. The most annoying thing at the moment though, is that I can’t get hold of the two other polishes in the collection (Jack Frost and Snowflake)! Hopefully I’ll be able to find them some time in the next week though.