Lime Crime’s nail polish line was schedule for release today, 6/1/12. I had my schedule set to purchase them as soon as they hit the site this morning, but when I woke up found no polishes to purchase nor information about it. I Googled, still found nothing. I sent a tweet to them as well as posted on their Facebook and was told there was a delay. I’m still waiting on word to know further information, such as what kind of delay and the date of the reschedule.

They have updated their website with both pictures and pricing.

The Lime Crime nail polish line was launched with seven pastel shades, priced at $8.99 each. They do offer the entire set for a discounted $49.99.

Here are the new pictures and information posted to the LC website: **ALL OF THESE PICTURES ARE THE OFFICIAL LIME CRIME SWATCHES** Hopefully soon I will be able to show you how they compare to real life. 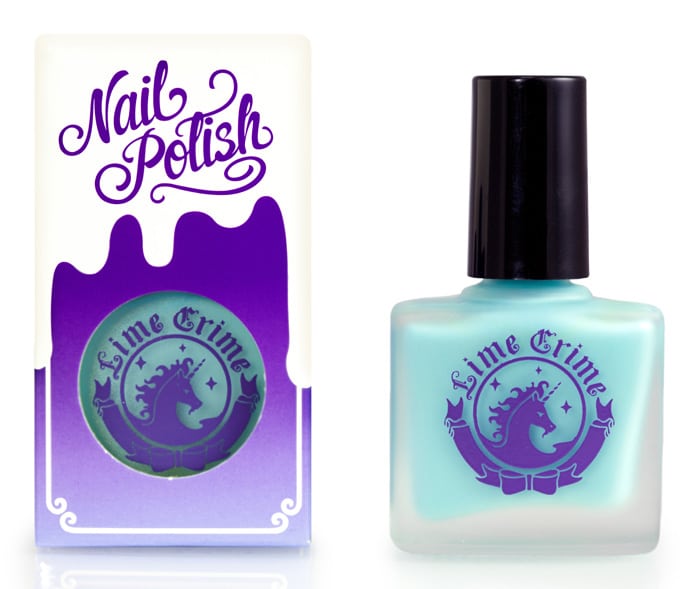 “Once In A Blue Mousse”

Described as “Pale robin’s-egg-blue. A color fit for a dainty princess!”

See additional pictures and information on the rest of this line after the jump!!

Next up is “Pastelchio” (which I’m proud to say I was the first one to guess this one’s name right!)

Described as “Pastel Purple. Clean, pastel lilac.” (Really? That’s the best description for a color as pretty as pastel lilac?)

Described as “Creamy, pastel yellow.” (Hmm… their descriptions really dropped down after the “Once In a Blue Mousse”…maybe this is something they’re still in the process of working on.) 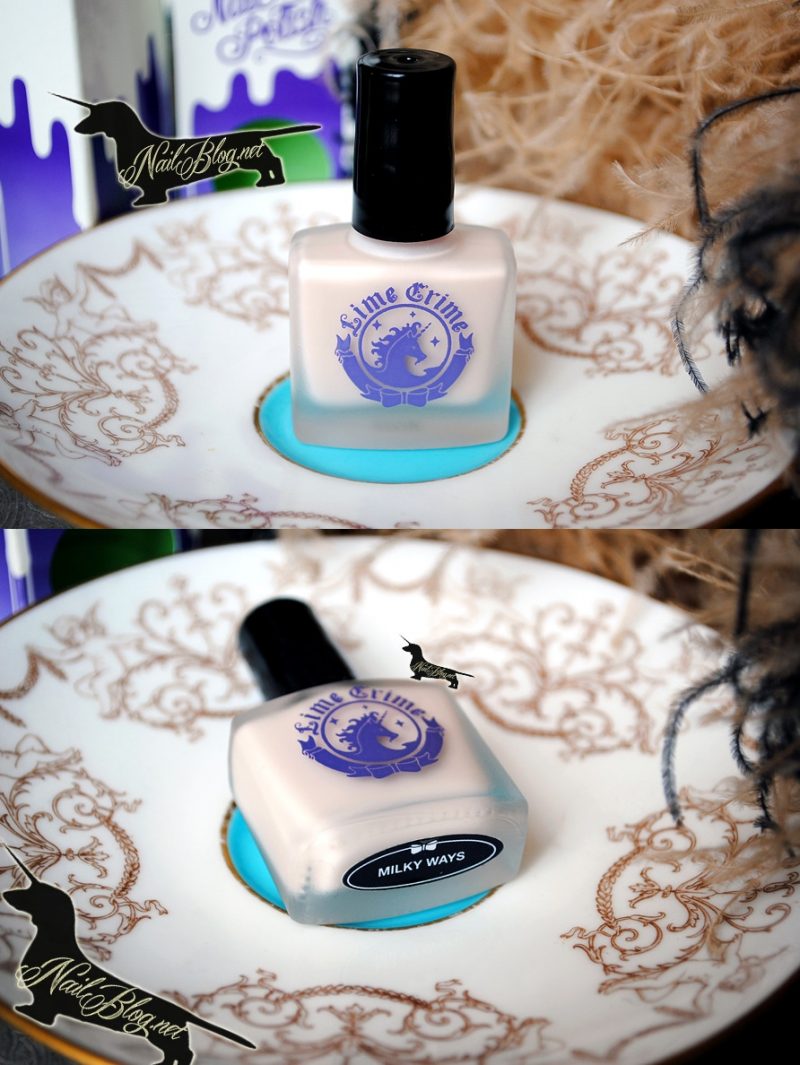 And the full collection available for $49.99

So there you have it! These will be available for purchase HERE

Since I don’t have these in person, all I can give is my initial critique based off of the limited information released.

I don’t want to speak on any of the colors until I can see them in person. I find myself pretty consistently impressed and both disappointed in nail polish that I form opinions about before I get my hands on in person. So, no judgment yet!

However, I will say I am disappointed in the swatches they posted. I know of a thousand+ bloggers out there who could have given them much better pictures than the ones they went with. I’m also disappointed in the descriptions. Both of these I believe/assume they will likely make changes to as they continue to tweak this line’s release. I do LOVE the names and love how they are photographed with incredibly fanciful deserts.

What are your initial thoughts?