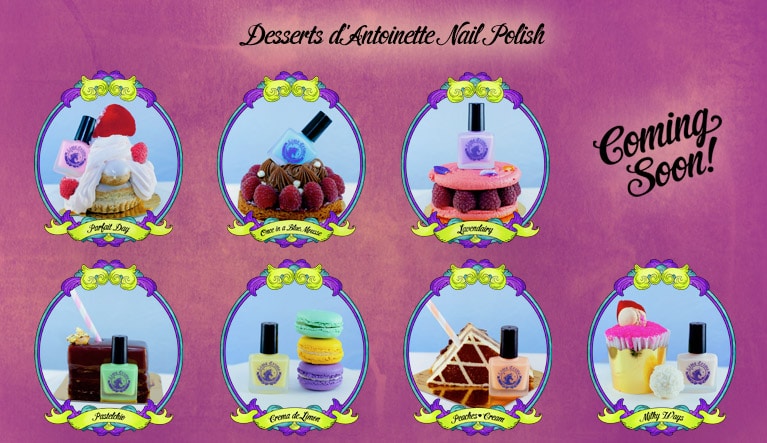 Lime Crime just released glimpses of the new promo shoots of their soon to be released line of nail polish.

Inspired and shot with (what else) sweet shop delicacies.

In order from left to right, starting at the top:

*Creme in a Blue Mousse

(Reading the names as best I could off of the shot)

I had a feeling many months ago LC would be releasing a line of lacquer. My suspicions later felt confirmed when I saw a photo on the doedeere blog that included her dining room table covered in bottles of polish amongst pastry boxes.

I don’t know about you but I’m excited.

I’m excited when any company releases a line of polish for the first time. As you all may know, as much as I enjoy a dark goth eye and a vampy nail, I’m also very much into pastels and sweets. I hope she created these with a strong vision and that vision comes across as hoped. As soon as I get my hands on some, I will post a complete review and full swatches.

Until then you can check out some of the other beauties (lilac lips, anyone?) here: LIMECRIME 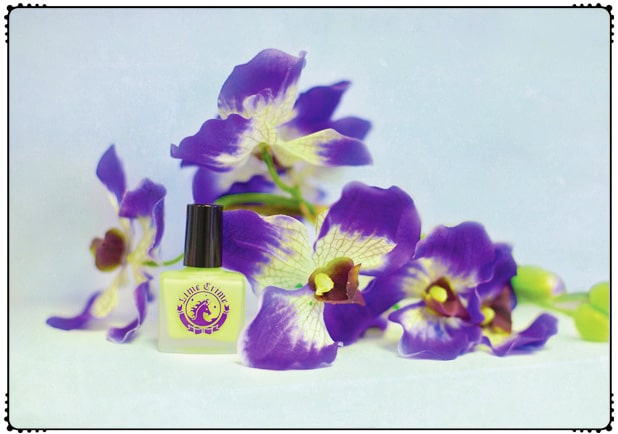 Lime Crime has issued another sneaka-peaka on their facebook: 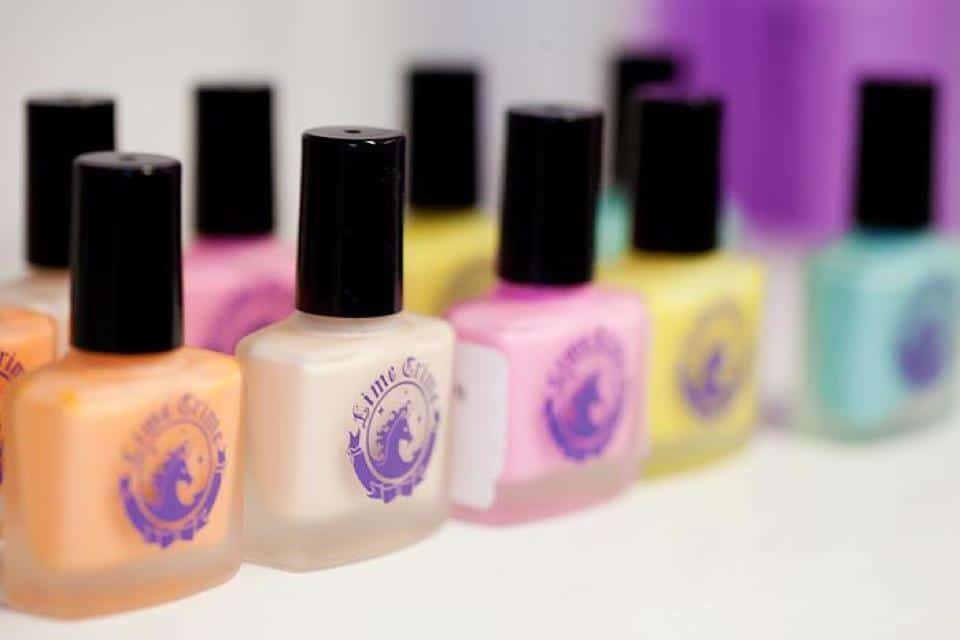 “Lime Crime’s debut Nail Polish collection, titled Les Desserts d’Antoinette, is scheduled to launch June 1! This is just a teaser; there will actually be 7 shades total.”