So Saturday afternoon, my boyfriend and I didn’t have much to do and as we were meeting a friend in London for dinner we thought that a day out in London would be nice. I might have coincidentally suggested a trip to Westfields shopping centre in Shepherd Bush just on the weekend that Models Own had released a new set of glitter polishes exclusively in their bottle shop there… More on this later.

Off we went on our merry way and had a really lovely afternoon wandering around before heading further into central London for dinner, and I bought LOADS of goodies

The first beauty shop we saw was Inglot. I have never heard of this brand before, but they had so many coloured polishes on display near the door I dragged Jack in for a look. After much deliberation, I came out with this beauty. The picture doesn’t really do it justice but it’s a lovely shimmery green. Can’t wait to try this out. Bit pricey though at £8 for the one bottle, but I think you sometimes lose your sense of value in shopping centres like this one. 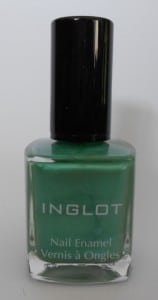 We popped into Lush quickly, which if I’m honest I’m not a fan of. I just find the smells too strong and I start getting a headache

I really wanted to get a pot of the Lemon Flutter cuticle cream though as I have heard so many good things about it. It really does smell amazing as so far it has left my cuticles so soft and supple. I think it’ll last forever too asyou really dont seem to need much. The lady in the shop said it is also good for elbows and knees which is nice.

I bought the Neutrogena Hand & Nail Cream as I didn’t have any hand cream in my bag and was dying for some moisturizer. This one feels awesome though. It leaves this really lovely silky feeling on your hands after you’ve used it. My boyfriend wasn’t so keen… 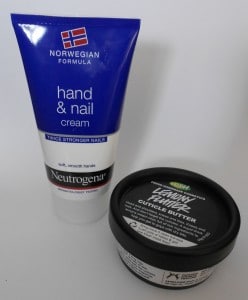 When I bought the hand cream from Boots I was given a voucher for £3 off No7 cosmetics. Oh dear. Off we trundled to the No7 nail polish counter and I picked out this awesome vibrant (verging on neon) coral colour for just £2.50! 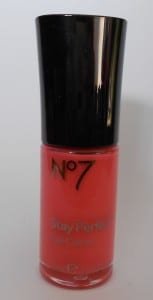 After more trundling around we came across a mega cheap beauty shop selling LA Color polishes for only 99p each! Naturally I had to have loads of them. I picked up three glitters and four shimmers in all. I actually picked up a lot more than that, but Jack made me put some back. I also got an Art Deco polish pen brush thing which I used yesterday and worked really well 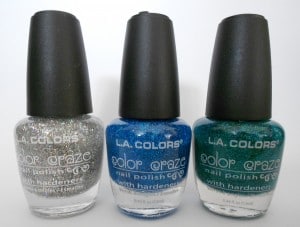 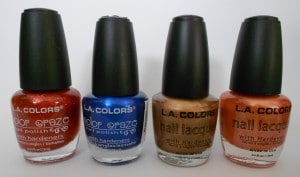 We also found another cheap beauty shop selling polishes for £1.50 each so I told myself I was allowed to buy six of them. I got the most awesome blue one, a champagney sort of colour and four pinks. I don’t really have many pinks so I thought I needed to rectify this. Currently I’m wearing the bright pink in the middle of the first photo and it truly is full on Barbie. Amazing! 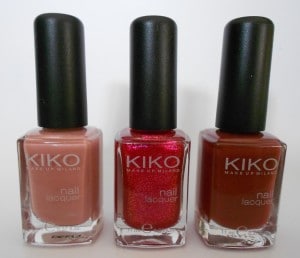 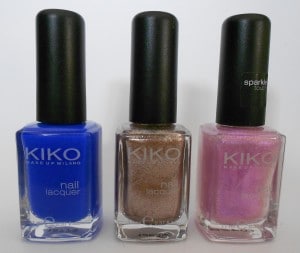 So after a few hours of walking about we finally found the bottle shop of awesomeness that I had been looking for. If you haven’t seen the Models Own bottleshop at Westfields you should really go and check it out. My boyfriend did get a little claustrophobic in there, but I was far too busy zipping about trying to choose the colours I wanted. There was such a great deal on. You could get any 6 polishes for £20, and you would then also get one free!

I chose to get all the new Mirrorball polishes (obviously) and also got Pink Fizz and Scarlet Sparkle which I’ve had my eye on for a while. I could have gone a bit more mad, but I figured that I should wait until they do their 50% off sale at the end of the month. 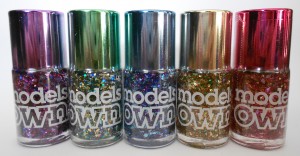 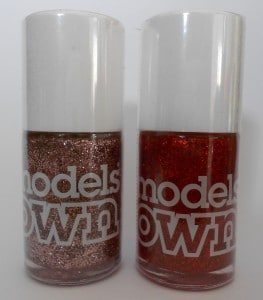 All in all an expensive but rewarding day indeed. In case you’re wondering, my boyfriend Jack bought himself a self stirring mug from a gadget shop which is pretty awesome (I have one too!) and we had a lovely evening in central London with our friend