I think I should just halt all “picture heavy warning” notations as all my posts are picture heavy. What can I say, I love pictures. And I love trying my best to give followers the most information as possible and an all-encompassing view. 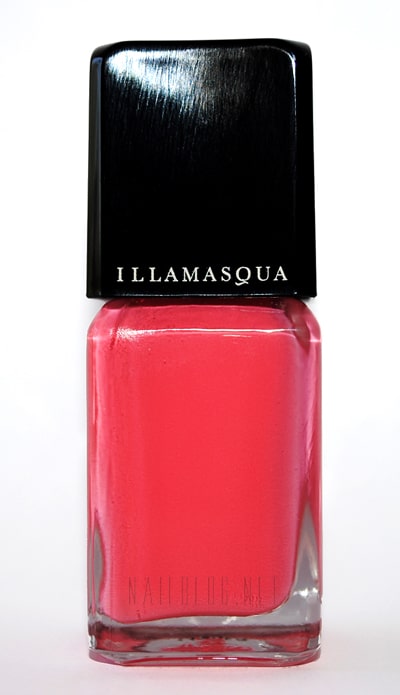 See more after the jump!

Not your average coral! Lament is cool-toned and it’s Illamasqua. In other words, it’s going to be good no matter what. Rich, creamy formula along with great brushes and easy application. All swatches are two coats followed by one coat of Seche Vite fast dry top coat.

A clickable 360 view of how it arrives (or at pick-up, as these are available at select Sephora store locations)

Is one suppose to have just one alter-ego?

Corals, like purples, tend to make cameras want to spaz out. Monitors do vary, however I will say it is showing up true to life on mine.

Lament is a cherry coral creme lacquer that, unlike the majority of corals, is actually cool-tone based. It dries 2-3 shades darker than in the bottle. Formula was great and streaks nor consistency were issues.

Lament is not a color I was super excited about. I mean, of course I wanted it but it wasn’t at the top of my list. When it arrived, I found it to be prettier than I expected but exuberant was still nowhere near the definition of my state. Once applied, I found it…pretty…when looking down at my nails. Pretty. Not omg-bbq-I’m-going-to-explode which, in other words, is how I normally feel about a new polish. However! When I caught glimpses of it as a whole via mirrors, how a third party would see it against me, it was unbelievably beautiful. Has anybody else ever experienced that?