Hi everyone! Today, I decided to create another galaxy manicure for you! 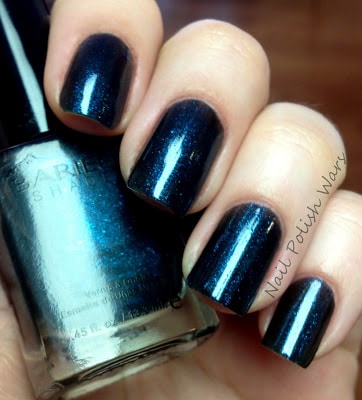 I started with two coats of Barielle Blackened Bleu, a dark smokey jelly with a strong blue shimmer. 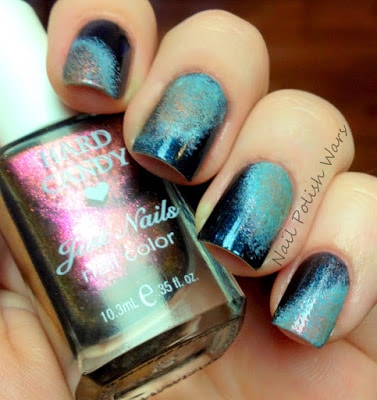 Next, I used Sally Hansen White On with a bit of Hard Candy Beetle and sponged on the galactic sections. Beetle ended up giving White On a blueish grey appearance, with a shifting bronze shimmer. 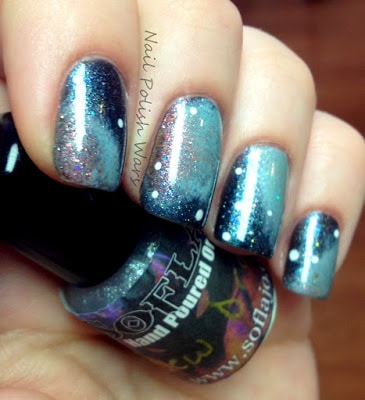 I then applied two coats of Soflajo Dew Drop, a beautiful clear coat with silver shimmer and prismatic hexagon glitters. It has a great formula, smooth application, and really tied the look together. 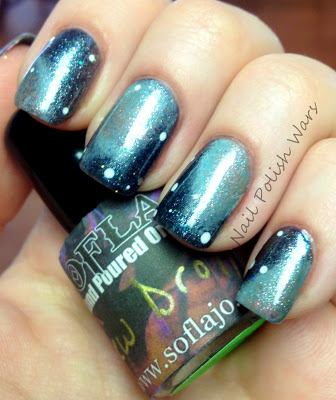 I was hoping that the hexagons would work for the appearance of larger stars, but they were a bit reluctant to come out of the bottle. 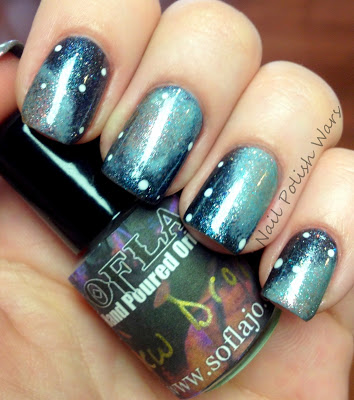 So I then used my small dotting tools with White On to create a few randomly placed stars, and finished with one coat of SV.

This was such a fun mani to create! It was kind of full of surprises, but thankfully in a good way!
I hope you enjoy!