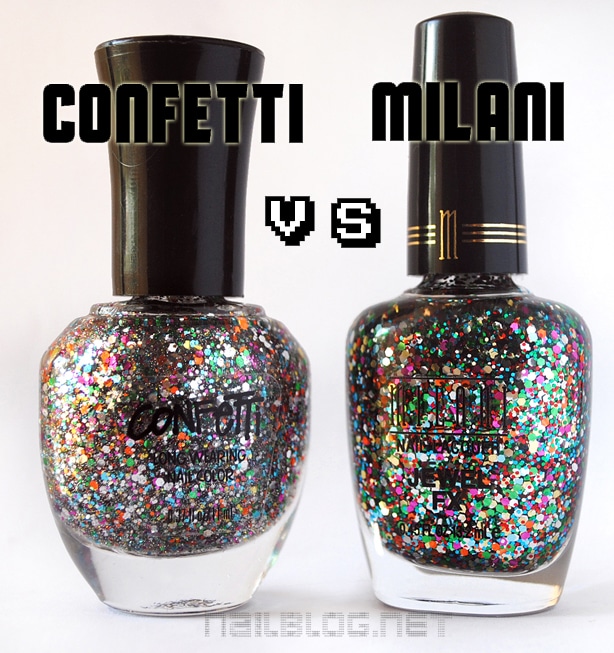 Now, before anyone gets any funny ideas, I know these aren’t dupes. They’re not even similar. I’m a dolt.

You see, I never took the time to actually take a look at the Confetti brand for more than two seconds because it was “just the same as the Miliani Jewel FX in Gems nails that I already own two+ bottles of”.

If you remember when OPI “Muppet Connection” came out, there were a billion other brands that also wanted their seat on this rainbow glitter train: The Kardashian line of Nicole by OPI, Ulta Pinata, Milani, Sephora, truly a million (give or take 999,500) releasing their own version of this formula containing both small and large, chunky, rainbow hex glitter. Some came before, some after. Moot point as far as this post is concerned.

I figured that if I had the thought of this Milani and Confetti as similar, then someone else out there may have done the same thing too. Plus glitter is fun to photograph. And “glitter battle” is fun to say in bolded, stylized font. Everything about this is fun.